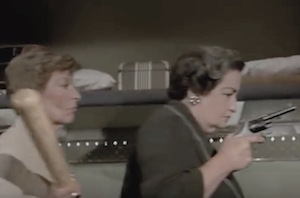 A customer care associate will be right with you.

About 75,000 telephone service customers who paid Comcast extra to keep their phone numbers unlisted and out of the hands of telemarketers and fraudsters did so in vain between 2010 and 2012. Via a convoluted process that involved third party licensing and directory companies, as well as its own in-house listing service, Comcast sold their information and published it online. According to a set of stipulated facts agreed by Comcast, the California Public Utilities Commission and the California Attorney General’s office…

Comcast has explained that, in connection with a system-wide account number change in California that occurred in October and December 2009, a significant portion of those California customers who elected non-published status prior to December 2009 were mistakenly not flagged as “non-published” and thus were made available for publishing in July 2010 via Neustar. Comcast refers to this event as the “Process Error.”

Both Comcast and, to a lesser extent, the CPUC began receiving complaints shortly afterwards, but it took more than two years for the light bulb to go on. Finally, in October 2012, Comcast began notifying customers and regulators.

Affected customers were offered refunds of the fees they’d paid, but not all of them were still with Comcast. Investigations began, by both the CPUC and the California AG, which led to the deal approved last week. It calls for Comcast to pay affected customers an extra $100, buy home security services for a relative handful with particular personal safety concerns, cough up the money it hadn’t already returned and pay a $25 million fine. All totalled, it comes to just over $33 million. In return, Comcast doesn’t have to admit doing anything illegal, or even improper beyond the obvious, and doesn’t have to publicly disclose how it handles customer complaints, like the ones it largely ignored for two years.

The financial sting won’t change Comcast’s smashmouth customer service culture. There’s nothing in the agreements and stipulations – a plea bargain, effectively – that Comcast thinks there’s anything wrong, except getting caught.